Things I believe that you probably don't: Human Caste Systems

Things I believe that you probably don't
volume 1


I believe that human beings naturally self-organize into components that tend to accommodate the larger organizations in which they are embedded. That doesn't mean that people are always altruistic or considerate of others; it just means that people will tend to work together towards organized interests when provided the opportunity. I'm thinking, for instance, about the ways a crowd might distribute itself inside a subway train: how they make room to accommodate incoming and outgoing passengers, or passengers with special needs, and so on. Each individual on the train must consider not just their local territory but also the distribution of other passengers on the car in order to determine where best to settle. Since each of us is in a different position relative to the others and the distribution of people on the train is regularly in flux, the passengers are each performing a slightly distinct balancing act in subtle coordination with all the rest. I'd hardly describe this process as "altruistic", but it's certainly an investment in collective, cooperative behavior, and it's frankly amazing that we not only have the ability to do it, but that we actually do. Not always, but enough to run all the cities.

I also believe that what we take to be the "appropriate" distribution of persons in space is influenced at a deep structural level by the conceptual and procedural assumptions shared by all the individuals on that train, and furthermore that many of those structures are socially conditioned. The "appropriate" distribution of persons on a bus, or the accommodations taken to be adequate for persons with special needs, or indeed, whose needs are worth considering at all, are all going to change depending on the social and historical circumstances shared by those individuals sharing that space. The fact that individuals can, however slowly, collectively change their assumptions and dispositions over time to the point of yielding entirely distinct arrangements when crammed in roughly the same tight space, speaks yet again to the deeply human disposition to work together.

You might believe these things too; they aren't particularly controversial beliefs.  Underappreciated, underrepresented perhaps, but far from controversial. 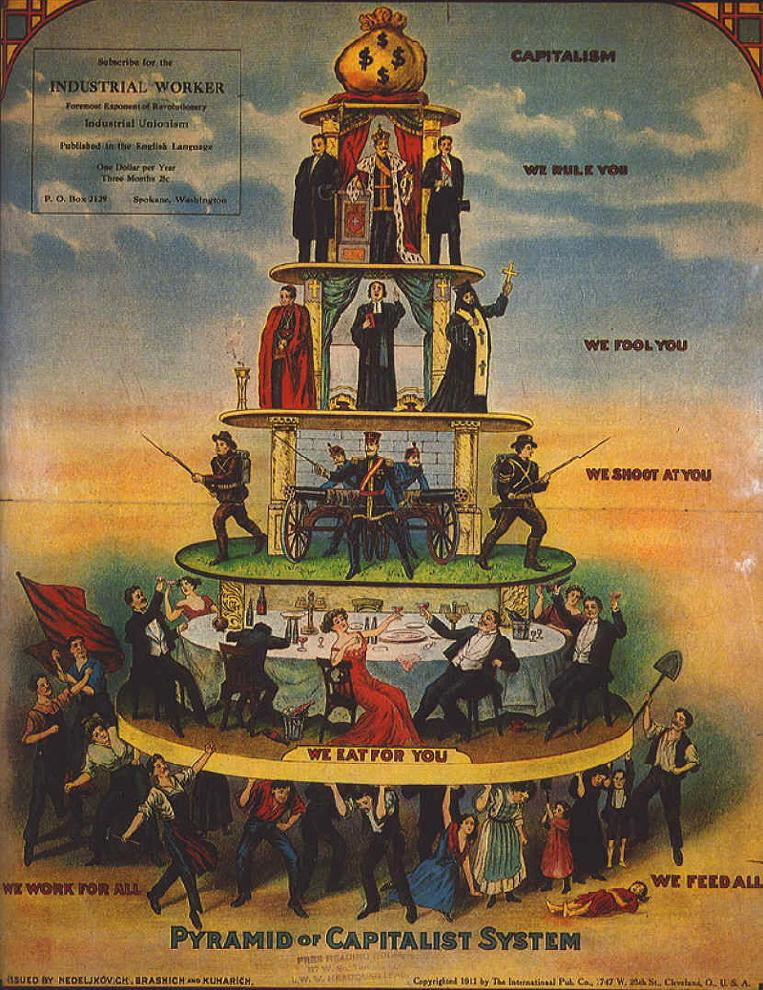 But I also believe that the way humans self-organize falls into distinct and regular patterns, and that at least some of these patterns will hold constant across social and historical circumstance. In particular, I believe that at least some human communities self-organize a division of social labor that manifests in the production of a set of regular and predictable roles, and that these roles discharge social functions that will appear again and again in the production of human communities, across time and culture.

In the ant world, the regular production of distinct functional roles for dividing the social labor is called a caste system. So I believe in natural human castes. You probably don't.

People tend to reject the notion of castes, and with good reason; caste systems that exist in India and elsewhere are and have historically been the source of much unnecessary human suffering (start here). Such systems tend to stratify people by their hereditary or ethnicity or occupation, dictate what is proper to those roles, and then enforce these arbitrary mandates with extreme prejudice. By concentrating and segregating political and social power in the hands of a few to leverage against the rest, we do a disservice to all of humanity. I am certainly not advocating anything like this. If you believe in castes of this sort, you and I probably have much deeper disagreements about the world.

In fact, I believe that part of the problem with such systems is that they are ultimately a clumsy and confused attempt at modeling the complex dynamics of natural human organizations; the same critique would apply not just to historical caste systems, but also the systems of managerial oversight, representative democracy, capitalism, or any other system for artificially selecting a successively more powerful elite. While organizations do, I'm claiming, have functional roles to be divided up among the components, those roles are typically not structured as simple hierarchies within a straightforward power gradient. Instead, the organization of human communities is a highly interdependent system with many degrees of freedom. The work done by these communities often require the subtle interactions between a great number of components operating within narrow parameters. What roles exist emerge from the operation of these components as they work together. The hierarchical institutions we create in an attempt to control this process is but a cargo cult parody of their natural counterpart; your boss and the president are both voodoo dolls propped up to to appease Humanity, the last living god.

Let me be explicit. For example, most human organizations will form scale-free networks. One characteristic of such networks are the "hubs" with degree much higher than average. In some contexts, these hubs are easily recognizable as the "popular" persons in an organization. Such persons, because of their popularity, perform a number of functions that disproportionately influence the dynamics of the organization. You might have lots of beliefs about scale free networks, but you probably don't believe the structure of these networks suggest a natural framework for describing the self-organizing castes of natural human communities. I do.

I should be clear about a few things. First, degree centrality is just one measure of network centrality. There are many ways of decomposing the distribution of influence in a network, depending on the properties you are interested in, and the highest degree node might not always be organizationally interesting. Nevertheless, centrality represents one way of modeling the naturally organizing dynamics of human communities without the potential bias of artificial selection, and is suggestive of non-hierarchical organizational procedures radically unlike anything we've historically institutionalized. From the analogy to ant societies I think it's appropriate to call this a caste system, despite its deep structural dissimilarity to historical caste societies. Next, we should remember that our networks are densely layered and synchronized, such that a single individual might be both central and peripheral depending on the context we are interested in: I'm a peripheral node on Twitter, but a central node in the office, etc. Neither of these two points should imply that these organizational features are merely subjective or ephemeral; these are real patterns that I'm suggesting should be taken seriously. Third, I'm certainly not suggesting that the central nodes should be given a position of oversight or control, or in any other way advocating a method for forcing natural human organizations into the broken and incompetent institutional monsters we've hacked together and unleashed on the world. I think those institutions should be dismantled with all haste; if anything, I'm arguing for an alternative conception of human organization that doesn't rely on an institutionalization of roles. A popular person isn't permanently popular; their popularity depends essentially on the reinforcing activity of the rest of the network, just as one's position on the train subtly depends on the position of all the other passengers. That role doesn't persist independent of the continued support of the rest of the network; self-organization manifests a community consensus in a manner that artificial selection simply does not.

Finally, I'm emphatically not arguing in favor of a system that discriminates among individuals to confer to some power over others. Even the most well-meaning system of control will inevitably fail to appreciate the lived experience of the persons it controls, and fail to respond gracefully when those experiences change. Instead, I'm arguing that by carefully understanding the dynamics of human organization we can design our environments to support the flourishing of self-organized systems, without imposing any artificial or bureaucratic controlling roles. A method for spontaneously identifying central nodes within certain contexts could have obvious social benefits without the need for granting anyone the traditional sort of institutional authority. For instance, quick feedback from my peers concerning their prior experiences with the Heimlich maneuver would have obvious benefits in certain emergency conditions. This procedure can be understood in terms of determining a context-sensitive measure of centrality among the individuals in the crowd, very much in the spirit of Google's attempt to resolve a search query. That's not to impose some new distinctions on that crowd, but instead to find the distinctions already present and make the relevant ones salient, whether we endorse them or not. This can be done both in an effort to assist the organizational structures we like, but also to highlight and combat the organizations we don't.

I could continue to elaborate, but hopefully I've gotten across the idea in broad strokes. If you still don't believe this with me and think I should also revise my belief, I'm quite open to the possibility that I'm wrong.
Posted by Unknown at 10:56 PM