A Last Will and Testament from These United States 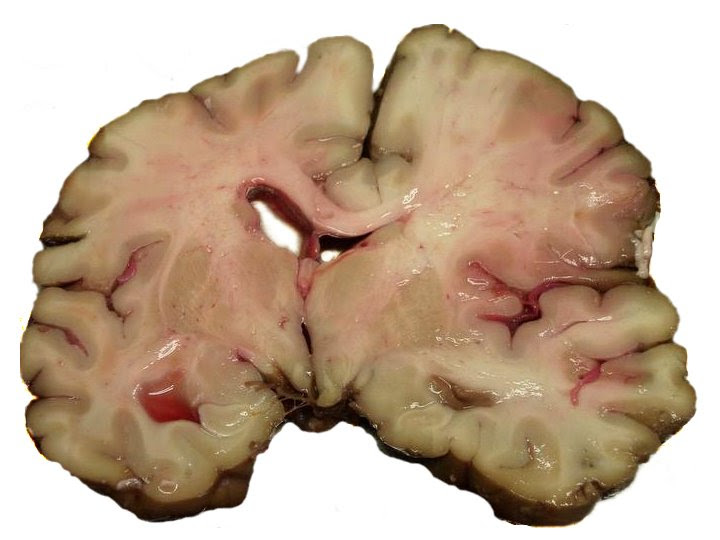 There are plenty of stories about what's going on with the shutdown, both in terms of the banalities of D.C. politics and legal arcana, and in terms of the impact it has and will continue to have on real people's lives. But none of this really gives us much perspective on the event in terms of the narratives we tell about ourselves, collectively, in order to make sense of it all.

So maybe this will help: our country is having a stroke. A stroke happens when a part of the brain loses function due to lack of blood flow. The blockage can happen in a variety of ways, but what matters is that the juice isn't flowing to the brain, and so parts of it shut down and stop functioning. The analogy to our government shutdown works surprisingly well, if you can stomach its implications.

I'm not trying to make a small political point or lay the blame anywhere. Determining whether the blockage was caused by the Tea Party or the medical insurance lobby or the broken and constraining conventions of Congressional procedure at this point is like wondering while it happens whether a stroke was caused by poor diet, lack of exercise, or genetic disposition. The more important lesson going forward is that the system is in poor health and is experiencing trauma as a result.

It should be noted that, contrary to certain memes currently being spread, an organic system (like a "government") is not the sort of thing that can be "turned off and on again" in the way that is default for much of our digital gadgetry. Your computer suddenly works after a reboot because powering off also dumps the memory, and hopefully eliminates whatever corrupt files were causing the problem. In this way, rebooting is closer in kind to vomiting or defecating in organic systems, in that their function is partly to eliminate waste and clean the slate. Unfortunately, this is not at all what the government is currently doing; the result of the shutdown is unlikely to expel any waste or toxins from the system.

Unlike our gadgets, organic systems don't typically turn themselves "on" again once going off, outside of carefully controlled conditions like a medical transplant. The dysfunction caused by a stroke, if it isn't fatal, can be debilitating for its victim, and may cause unexpected damage all over the body. In cases where recovery is possible, it may require long and painful rehabilitation. If we are at all serious about working with the system to fix it, these are the terms we should be thinking in.

Personally, I think the system has lived a good long life, and while it still has any power it all it should occupy itself with getting its papers in order, as it were. It's been nice knowing you Uncle Sam, you lovable old coot. You had some incredible adventures in your time, and we learned a lot from your mistakes and successes. We hope you rest easy knowing what an incredible advantage we'll have because you came before us. As a final, graceful act, a Last Will and Testament from These United States that describes in some detail how our accumulated wealth and legacy should be dismantled and distributed is well nigh appropriate.

So perhaps I'm being a little optimistic, but that's partly what I see happening in Obama's tweet. While the "request for a retweet" is typical of the social media engagement that is now standard equipment among politicians, it is also an explicit acknowledgement of alternative decision making networks that are not stymied by the political bottlenecks that plague the existing order of things. This is not just true of Obama: we've all come to recognize that the organically grown networks we've been cultivating online for the past two decades have matured to the point of being semi-reliable decision makers, and that an appeal to their authority in fact carries social and political weight. While the Twitter-verse has yet to establish any formally recognized institutional power, it certainly warrants the deference of power Obama gives it here.

If the will of the people is frustrated, it is because the channels of power and influence are failing to amplify their voice. Instead of rehabilitating those channels into some corrupt and decrepit shadow of their former selves, we might do a lot better to just turn the microphones to where the yearning masses are already crying out.
Posted by Unknown at 3:37 PM