The virtues of extremism 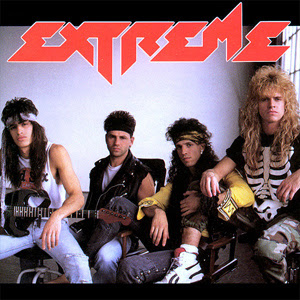 Extremism has been getting a bad rap lately. It gets blamed for acts of terror, for political dysfunction, and for general cruelty and hatred. Few people will admit to being an extremist; the ones who do often appear unreasonable and difficult to work with. Extremism is opposed moderation, which is the reasonable and practical demeanor we are all urged to adopt. Moderation isn't just the alternative to extremism, it is also claimed to be the tactic best used to counter extremism where it lies.

Michael Kazin recently attempted a defense of extremism (and, by proxy, of Ted Cruz) in the New Republic:


Sometimes, those who take an inflexible, radical position hasten a purpose that years later is widely hailed as legitimate and just. Extremism is the coin of conviction, whether virtuous or malign. It forces middle-roaders to crush the disrupter or adapt.

Kazin goes on to list the examples you'd expect to find in an article like this: abolitionism and the suffragettes, and Goldwater's pedantic reworking of Cicero in 1964: “extremism in the defense of liberty is no vice! And let me remind you also that moderation in the pursuit of justice is no virtue!” These arguments are all instrumental in character: they purport to show that extremism is a viable and effective tactic for realizing one's ideological principles, and moreover that extremism has been responsible for what have come to be some of our most important institutional values. The claim is that extremism works, and we are evidence of is success. Ted Cruz might be the punching bag of the moment, but Kazin assures us that history vindicates the extremists that stick to their principles and shun moderation.

Given this instrumental argument, one would expect some explanation for the historical cases where extremism seems to have failed. On Kazin's reading, the principled ideologues are history's winners; I suppose we're meant to conclude that the Ku Klux Klan or the Westboro Baptist Church are also biding their time until their eventual vindication by history. Or at least we're not presented with some reason for thinking that their form of extremism is bad and ineffective, whereas Cruz's or the suffragette's is laudable. More generally, we might ask: under which circumstances (if any) is extremism appropriate? Under which circumstances is it effective? When is it praiseworthy? When should it be avoided? Kazin doesn't tackle any of these questions. Without some discussion of when extremism works and when it fails, the instrumental argument hardly seems convincing. It appears much more reasonable to believe that the overwhelmingly vast majority of extremist movements throughout history have fail to realize their principles. We're left with a few rare success stories, but that shouldn't blind us to the method's epic failures.

The instrumental virtues Kazin finds in extremism all involve its capacity to realize the principles and values of the extremists themselves. Even if we accept the examples, the conclusion seems wrong; rarely are the extremists themselves crowned history's winners. Since racial and gender inequality still exist despite the goals of radical movements to end them, it seems too early to start declaring the radicals the winners. Instead, extremist views are often moderated as they gain popularity; the "winners" of history tend to be smoothed-out versions of the more radical sentiments that motivated them. And, contra Kazin, this influence over the moderation process is where we find the real virtues of extremism.

Extremism is usually not an effective tactic for realizing extreme ends. But extremism is an effective tactic for determining the center. We identify the moderate positions by observing the extremists; the center is defined by contrast with the extremes. The center of a circle isn't obvious on its own; it must be measured from the borders. So too are the moderate political positions discovered by reacting to the extremes. Sometimes the extremists are effective at moving the center towards their cause; but extremists might also produce a more extreme reaction in the opposite direction. The point isn't about whether the extremists are effective at realizing their own ends; rather, extremism is a way of influencing and manipulating the very scope of "moderation" itself. If we assume assume that people tend to adopt a position that averages out the positions they've seen in others, then the extremists are the biggest influence on how those averages are weighted for the majority of people.

That moderation is fundamentally a reaction to extremism seems obvious enough, but it changes the way we think about how extremism impacts the dynamics of society. We typically think that moderates are the primary agents of a population, holding the majority positions that set the tone and norms of the discourse, with extremists acting out against this center only at the fringes. The model is of a center that believes P, and extremists who believe Q; Kazin's extremist winner wins when the center comes to abandon P and adopt Q. But this model is far too simplistic to do justice to the history.

We should instead think that the primary agents are the extremists, with moderates self-identifying in reaction to the claims the extremists stake at the borders. The window of acceptable discourse is then defined as a function of the distance between the center and the extremes. Imagine a situation where some extremist minority group is defending A loudly, and an opposing, equally vocal extremist group is supporting F. In response, the moderates seek positions C or D that balance the two by being roughly equidistant from the extremes. Later, when a new extremist group arises defending H, the existing moderates may find themselves supporting D or even E more often in reaction to H. While E was not typically defended when F was considered extreme, the new position H might result in increased support for E partly due to moderates looking to maintain their comfortable distance from the border. The appearance of H might also correspond to changes in the number of defenders of A and B for similar reasons.

Moderation is our attempt to balance out extremes; both are essential parts of the self-organizing processes of human social activity. On this model, extremists have a lot of influence in weighting the positions of the majority, even if the majority don't hold extremist positions. Extremism is necessary to reinforce the center. The problem of extremists aren't their views, but the work it requires from everyone else to adjust their views accordingly. The introduction of new extremes requires us all to reorganize, and that can be an uncomfortable process. One way to reduce the impact of extremists is to isolate them or silence them. The other way is to develop a moderate center that is broad and stable enough to not be radically moved by new extremes. If the window of acceptable discourse were wide enough to incorporate most discussion, with very little distance between the border of acceptable discourse and the most extreme views, then the introduction of new extremes would have very little impact on that window. If the window of discourse weren't limited to just C or D, but incorporated all of B-G, for instance, than the eventual introduction of J as a new extremist view might pull that window somewhat rightward, but most positions remain comfortably within the window and require very little adjustment to the change.

Which is another way of saying that inclusive, open discourse is one way of reducing the impact of extremist elements. People often worry about free speech for its potential to mobilize and radicalize extremists, but if my analysis is correct then the worry is exactly backwards; free speech doesn't create radicals, it normalizes them.